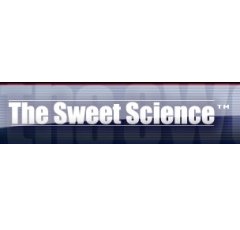 In a letter from IBF representative Lindsey Tucker, dated January 2, 2013, sent to the promoters of Froch and Stevenson, both parties were invited to negotiate and Jan. 15 was imposed as the deadline. If at that time the parties were unable to reach an agreement a purse bid would be held in the IBF offices in New Jersey.

If Froch, for whatever reason, decided to withdraw from this process then it would he removed as champion and Stevenson would be invited to fight for the vacant title against the next highest-ranking available IBF challenger. If Stevenson withdrew he would be excluded from the IBF’s top 10 contenders for six months and the highest-ranked available contender would replace him.

“I’m finally realizing my goal of a world championship fight, facing a great champion like Carl Froch,” Stevenson said about the turn of events. “I know he’s had great victories during his career, particularly against two other Quebec fighters, Jean Pascal and Lucian Bute, but I have all of the tools needed to emerge victorious in a great fight. I would obviously like the fight to take place here in Quebec, but I have no problem winning the title in England, if necessary. ”

“Carl Froch not only has the obligation to fight Adonis Stevenson,” said the president of GYM, Yvon Michel, “but the ‘Superman’ fight is certainly the most profitable, as well as the best alternative for the champion and his only way to keep his IBF title belt. I know Froch’s promoter, Eddie Hearn, wants this fight to take place in England, and he has also sent an interesting offer for a date in May. From our side, we will rally all of Quebec Nation to get behind us and try to convince the Super Six finalist to come here to defend his crown in March or April. We have also sent a very generous offer for this purpose. He had the opportunity to beat Pascal and Bute at his home in Nottingham. Isn’t it his turn to visit us in Quebec?”

Both parties believe that, despite the short time period, an agreement can be negotiated but, if that isn’t the case, then the purse bid action on Jan. 15 would then determine the outcome.

The Sweet Science
Related Topics:IBF Orders Carl Froch
Up Next

Theater of the Expected: Barthelemy Gets Gift W Over Usmanee

The Hauser Report: Literary Notes and Other Nuggets

Beterbiev and Ortiz Kept on Truckin’, but Lawrence Okolie Stole the Spotlight

The Hauser Report: Notes and Nuggets

Jaron ‘Boots’ Ennis Advancing to Heights Beyond What His Brothers Achieved

Fast Results from Dubai: Herring Dominates Frampton; Stops Him in the 6th